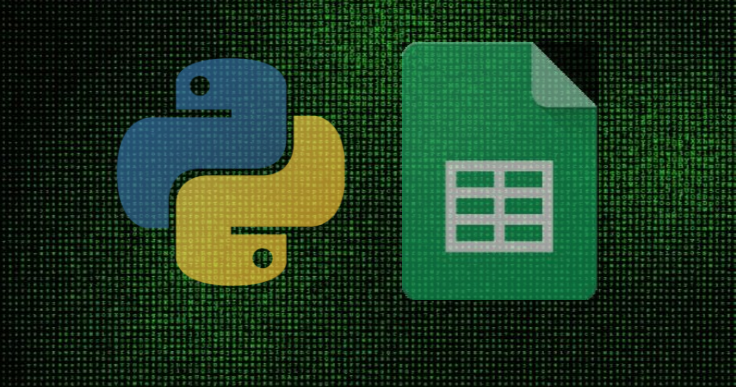 In this article, we will be learning how to write data (data frame) from python to Google sheets and how to read already existing data from Google sheets to Python (in the form of pandas data frame).

Creating The Data Frame In Python

There are various methods to create a data frame in python using pandas. The one we are going to use here is dict of narray/lists :

Once you have your data frame created, the next step will be to import the pygsheets python package. Before we start with importing the package in python and start reading and writing data into google sheets, we have to authorize the same from google. In order to do so, you can refer to the pygsheets official documentation for authorization, this will provide you a step by step guidance.

Read From Google Sheets Into Python

The first step you will do in order to read from google sheet is, you should have that google sheet available on your drive. I have created a new google sheet called “Test Google Sheet”. I have shared this file with the email id I got in client.json file, and I have granted edit permission to this email id.

Now we will write our python code to export the values in the Google sheet as data frame into python.

Every single code has been explained with the comment to make it easier to understand. I have named my authorization file as “pygsheets.json”, so I have mentioned the same in the authorization process. We also need to select the sheet from where we need to import the data. Here is the output of this code.

Write From Google Sheet Into Python

Now we already have some data in our Google sheet which we will want to clear, then we would want to add our data frame, which we created above to write into “Test Google Sheet”. In order to clear the data already existing in the sheet, we will use the clear() function.

Once we have our sheet cleared. We can write the code to write out already created data frame.

Here is the output for the same:

There can be a lot of practical application of this feature, to mention few which I have used personally are:

I hope this tutorial helps. If you need any help, you can write your questions in the comment below.